The small volume provers of the United States were introduced to China in the late 1980s, mainly from the manufactures of Smith, Brooks, Waugh, Calibron etc. Kaifeng Instrument Factory also produced some small size pipe provers in the early 1990s.

And here we'd like to compare the performance of two volumetric tubes as follows.

● Can be used to calibrate low frequency resolution pulse flowmeters, only requiring a minimum 10,000 pulses from the flowmeter between the detection switches.

● Less tests are required on one data point.

● Not sensitive to the solid particles in the liquid being tested.

● Displacer (the elastic ball) is easy to replace.

● Use four detection switches to reduce the test rounds.

● Takes less time to test, minimum time in one run is 0.5 second.

● The metering cylinder is treated under electroless nickel plating, with excellent corrosion resistance.

● Small size standard tube (the largest existing standard volume tube is 300 liters). It is not suitable for measuring flowmeters with low pulse resolution.

● More testing runs are required, which offsets the advantage of a short verification time. According to the US product sample, a data point is usually checked 15 times.

● The relative speed of the seal at the sliding seal to the moving part is up to 1.5m/s, so the seal is fragile and difficult to replace.

● Sensitive to solid particles in the liquid being tested, which can easily cause damage to the piston seals in the metering cylinder.

● When using the pulse interpolation method, it is necessary to know the standard deviation σt of the flow pulse period of the flowmeter. According to the national standard GB/T17286.3, the number N of pulses collected in one verification is N=500(бt)2

Note: The UK IP standard makes the following provisions for this issue:

If a flow point test fails 15 times, it can be increased by 30 times, and if it still fails this 30 times, it will conclude as: the flowmeter is not suitable for verification with small volume provers. (not state as that the flow meter is not qualified)

When using a piston type small volume prover, the standard deviation бt of the interval of the output pulse of the flow meter must first be known. The initial ISO7278/3 (BS6886) specifies the following:

According to the British IP standard, the quality turbine бt is ±1%, and the gear transmission pulse generator бt is up to ±10%.

Appendix A, this is a test of the US Small Volume Standards Compilation Group. The pulse irregularity is different from бt, and the irregularity = (maximum period - minimum period) / 2 averaging period

A2, A3, A4 - transmitter with gear regulator

About 1993, in order to revise the main drafter of the JJG209 procedure for the volumetric tube verification procedure in China, Xie Jiji and others conducted a test at the Yanshan Petrochemical Plant in Beijing. 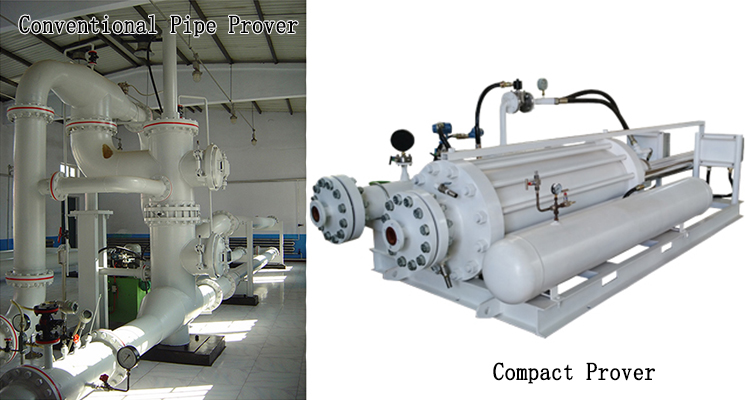 The test record is shown in Appendix B. Due to improper data storage, the DN250 volume tube verification record is lost.

4. Verification of the Coriolis mass flowmeter

In theory, the mass of a liquid is equal to the product of the density of the liquid and the volume of the liquid. Since the volumetric accuracy of the volumetric prover can reach 0.05%, the new technology has contributed to the success of high precision online densitometers. Therefore, it is theoretically feasible to use a volumetric prover and an in-line density verificate mass flow meter. Therefore, China's mass flow verification procedures JJG897-95 also give this verification method.

Ρt——density of liquid at temperature t

Vt—the volume of the liquid at temperature t

Ρ20—the density of the liquid under reference conditions, given by the density

V20—the volume of the liquid under reference conditions, given by the volumetric prover

When we assume the liquid is incompressible

Where: a---temperature correction coefficient of density, according to national standards

At present, the reference condition of the imported densitometer is 60°F (15.55°C), and the density need be converted from ρ1.5 to ρ20. This work can only be solved by experiments, and the liquid can also be compressed, which involves the correction of pressure. These technical details are not given and cannot be given by JJG897-95. Therefore, it is not a theoretical problem to use the volumetric tube and the online density meter to perform on-line verification of the mass flowmeter. Instead, it is need the experience accumulated from practices, to make an procedure with good operability.

In the international practices, the oil trade is settled by volume, and the calculation formula of the volume of oil is very mature. The use of volumetric flowmeters and volumetric provers to form a flow verification system has been widely adopted by various countries. For the mass flow meter method is still in research and development, and there is no mature and accepted verification specifications. In the regulation JJG-897, the verification method of the Coriolis mass flowmeter is only a general guiding principle, but lacks of operability, mass flow meters have not been used as a precedent for custody transfer in China. Therefore, from the perspective of reliability and contrast, the oil transfer, it is still referring to the GB9109.1~5 to cut down trade disputes.

The off-line verification of the mass flow meter usually uses the weighing method, which is widely used in France. Domestic Qilu Petrochemical has 380 sets of Coriolis flowmeters.  A set of weighing and verification devices has been built to verify these flow meters.